A few months ago I was privileged to be asked to make the wedding favours for my friend’s mum’s wedding. The only criteria I was given was 2 mini cupcakes per person. So I thought to myself what can I do to make this special and not just a plain cupcake. I searched on the trusty google and a lot of ideas came up, but not many for mini sized cupcakes, the same thing happened when I searched on Pinterest. I then tried searching on Etsy, I did find a few things, but they were really expensive.

These were the two main ideas I had seen and thought that yes I could do that . . . 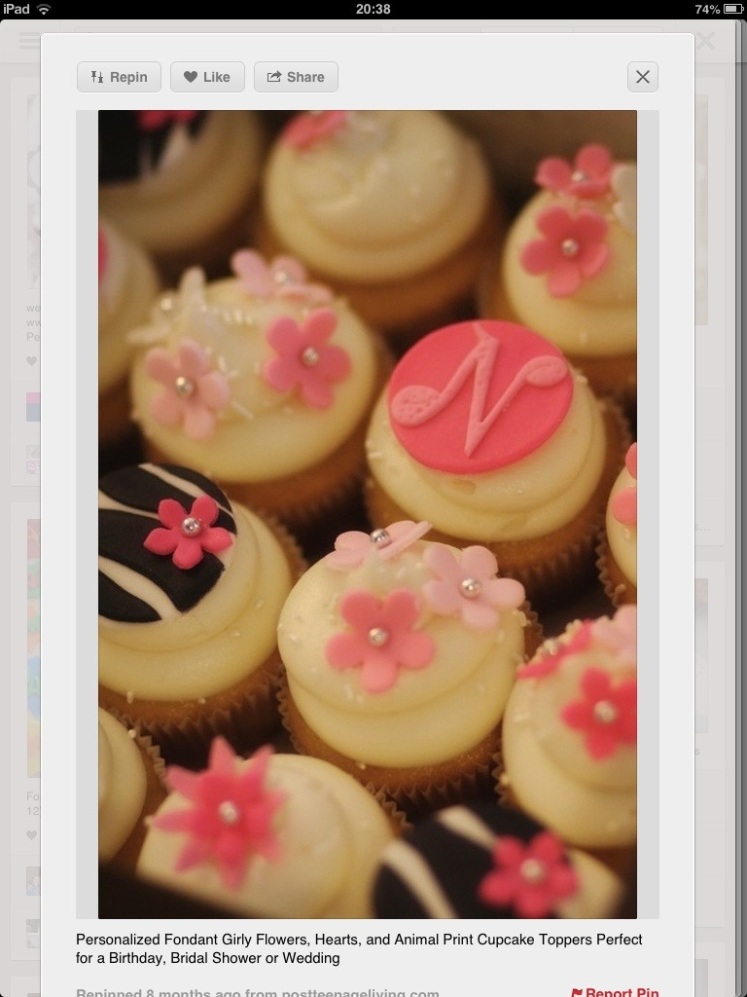 As you can see I was wrong! This was so much harder than I thought, the picture above is my third attempt, so I decided to call it quits, perhaps it was because I was trying to make it so small or the texture of my fondant, yes I’m just making excuses here.

As for the hers/mrs cupcake I got the idea of flowers from the first picture I posted above. I had found a small puncher style flower fondant cutter from TK Maxx the week after Christmas that I thought would be perfect for this cupcake. These turned out perfectly and I used an edible coloured ball for the centre. 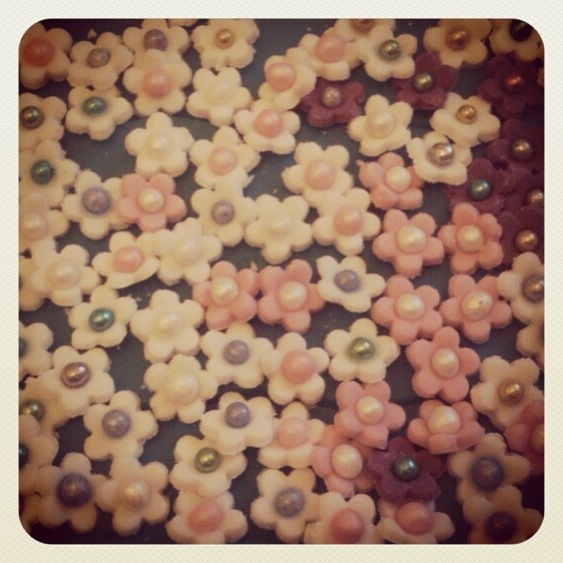 After my failed attempt at the bow tie I decided I would attempt the suit (pictured above). Improvising with e end of a large piping nozzle I cut out my base circle of white and the the suit colour, I ended up using purple because this was only for a trial and because I had ran out of black fondant. All in all I was pretty happy with my first attempt. I then decided to try out the bride topper, again I had to improvise with cutting a bust shape and with the edible decorations for the necklace. 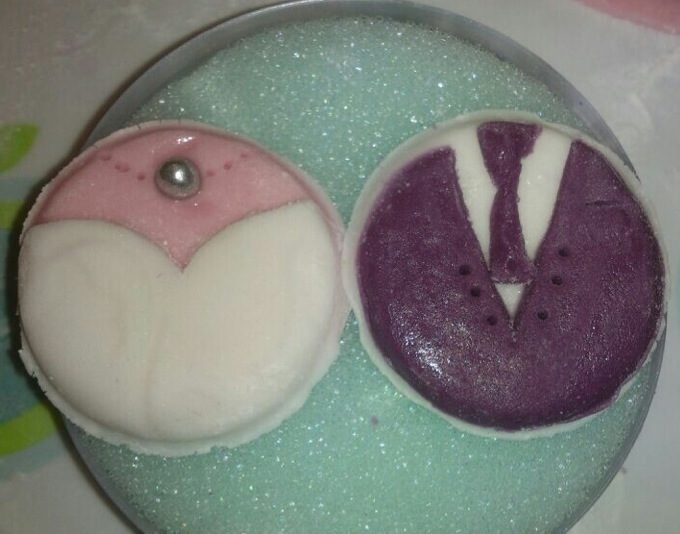 These were time consuming but worked out considerably better than the dreaded bow tie, and as I made more I think they started to look a lot better.

To see what these would look like as the final favour I decided to whip up a dozen mini vanilla cupcakes to try them out on. With each pair I altered the placing of the toppers and with a couple adding the mini fondant flowers to some of them. 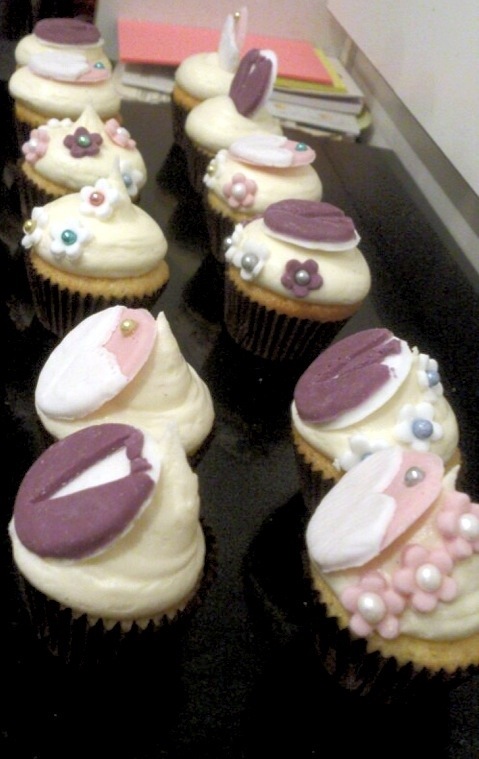 Off the top of my head I remembered I had some plastic gift bags I had bought for cake pops and decided to try them out with some shredded paper in the bottom as decoration. These were a bit of a tight fit but I thought they would look nice, easy to carry and easy on the finances as a presentation idea (when it comes to the actual gift I will have the correct sized bags). Alongside colour coordinated ribbon, a hand made gift bag and shredded paper I hope these favours will please the bride to be. 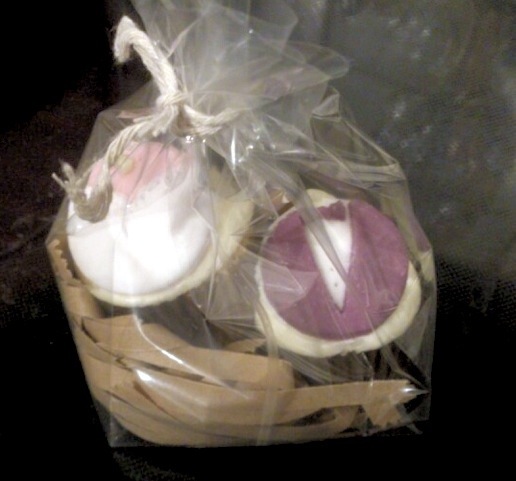 I will keep you all informed and hopefully pictures for the follow up of this blog posting will be of the favours on the wedding tables.