During the week I was browsing through Pinterest (www.pinterest.com) and came across a recipe for Nutella cinnamon rolls. I would give you the link but I can’t find it, I only took a screen shot, although I’m sure if you search on Pinterest you could find it. (The start of the website address is in the picture of the screen shot).

So I decided I would invite a couple of my friends round for some Nutella rolls, a cuppa and a chat, something cheap and easy. I decided though I’d leave out the cinnamon though because I don’t really like it. I followed the recipe but em it didn’t really turn out looking the same! Firstly I made the dough, left it to prove and set out my Nutella. 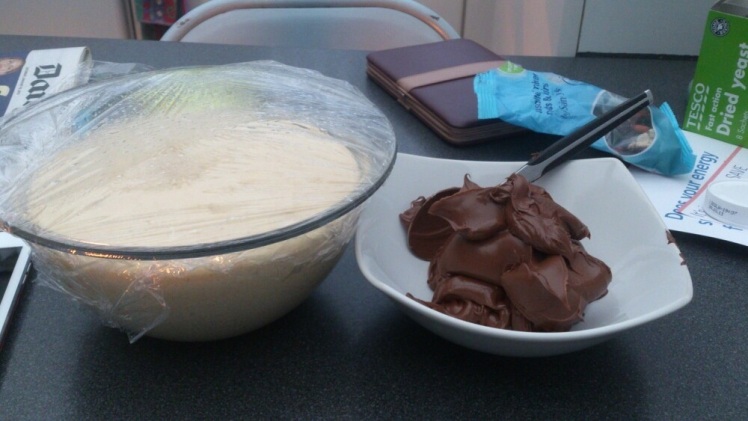 The dough though after leaving to prove was pretty sticky, perhaps I didn’t knead it long enough or should have let the warm ingredients cool a little more before adding them, I really don’t know. Bread is one of my baking weaknesses, so if anyone knows why I’d love to hear, please comment. I followed the instructions and rolled out my dough and ended up having to use my clean hands to put the Nutella on the top because it just wouldn’t stick.

Attempting to roll this up into a sausage/Swiss roll shape was a bit of a palava as it kept sticking to the table, and cutting it was even harder as it was so gooey and sticky. Eventually cut and placed in the tin ready to prove again it looked like this. 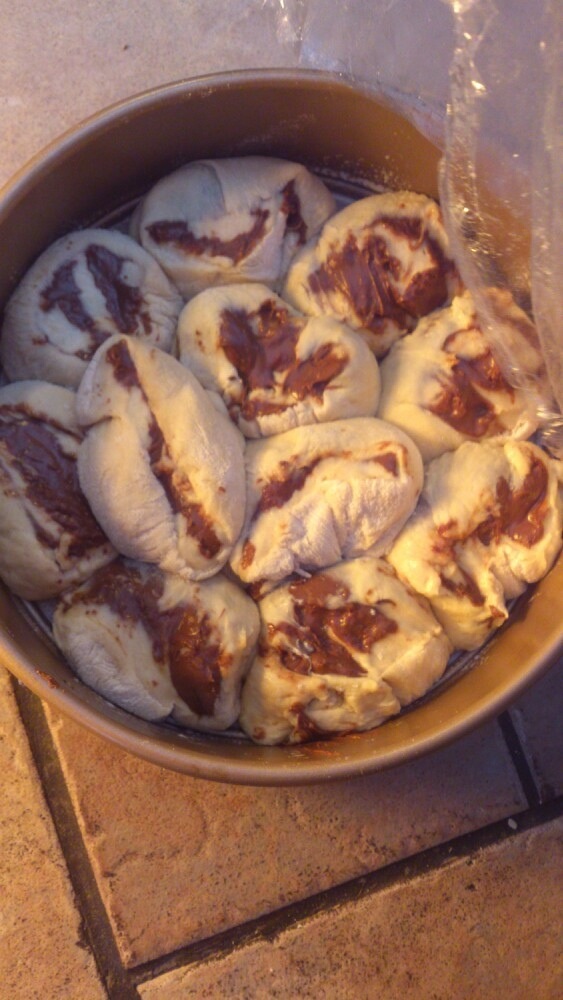 After the second session of proving it hadn’t really got that much bigger . . .

After cooking in the oven for 25 minutes (I probably could have got away with 20), then sprinkled with some icing sugar it looked like this . . .

Not really like the recipe showed, as you can see . . .

Yes I think my bread might have gone a bit crazy and taken over! Instead of serving them as rolls I cut it like a cake and served it in slices. 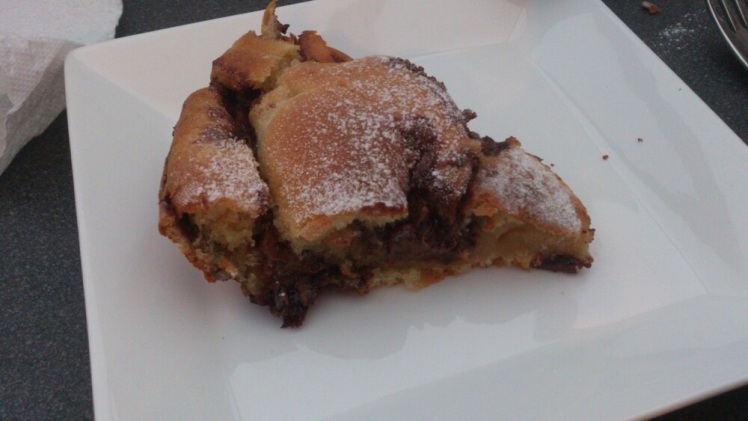 As much as it didn’t exactly look the same it still tasted lovely, reminded me a bit of pain au chocolat, or choc chip bread and butter pudding. Would have been lovely with cream, custard or vanilla ice cream.

Hope you enjoyed this post and any advice on the bread would be greatly appreciated!
Love

2 thoughts on “Does following a recipe always work out well?”