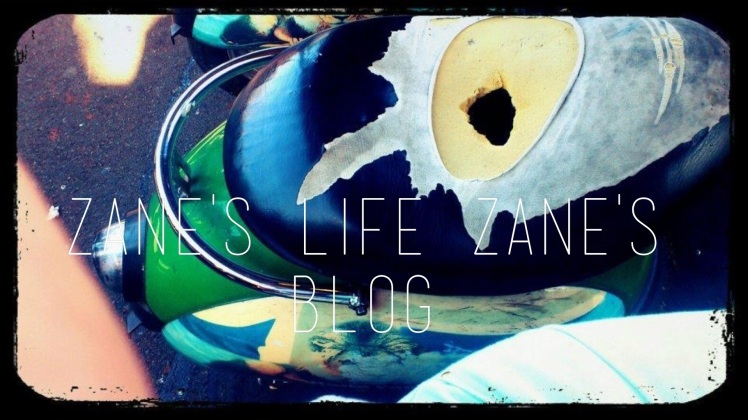 Today’s blog is inspired by my date day yesterday with my boyfriend Ryan and my love of crisps. So last week Ryan and I planned that we would go to the Tayto crisp factory, we had talked about going for ages, but had never got round to it.

Tayto are a brand of crisps made and sold only in Northern Ireland, they are most popular for their cheese and onion. A lot of people from all over the world would fiht tooth and nail for a packet as they can only be bought over here. I know a lot of my family and friends who have moved and lived away from home have been known to bring packets with them, get packets posted over or ask people who have visited them to bring packets with them. They are as popular as our potato and soda bread and our ulster fry! 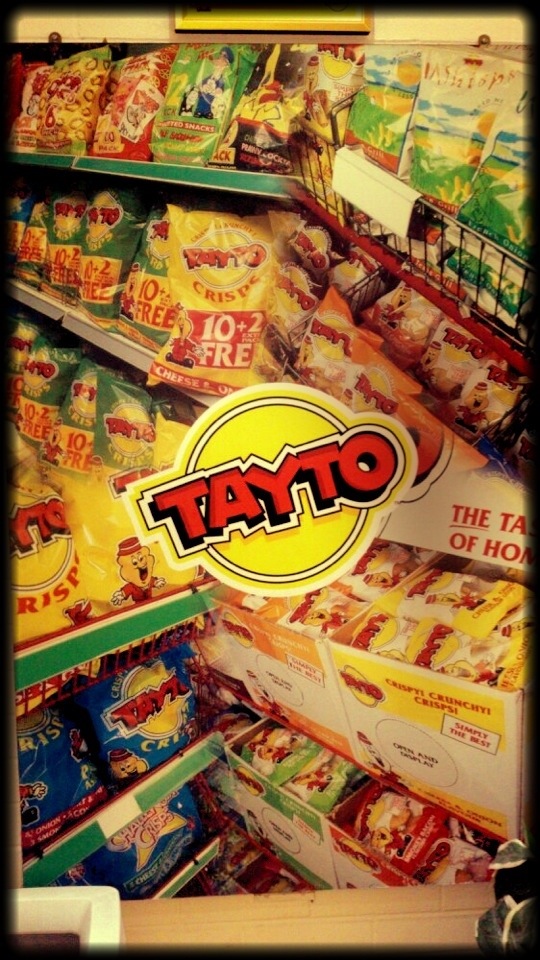 To plan the tour, I went online and booked us in. It was really easy to do, I just went on the Tayto website http://www.tayto.com and went to the ‘factory tour’ tab and followed the instructions for booking. I received an email once my order was placed and one the next day confirming our reservation.

Tuesday finally came and I was so excited! I am like a big kid, crisps are totally my one big weakness, I could eat them until they came out of my ears. I had also always wanted to visit the factory since I was a child, but it had never happened, I think it’s perhaps one of the only famous tourist attractions in Northern Ireland I hadn’t been too. I had noticed on Monday night it had started to snow, I hadn’t really thought anything of it, it would no doubt have disappeared in the morning.

Well no, it had actually got a lot heavier and really lay, I’d say about 2 or 3 inches. I am usually one who absolutely loves snow, but today I wished it away. Now those of you who live in countries where snow is a regular thing, 2-3 inches is nothing, but over here the roads come to a stand still, it’s pretty ridiculous!

I text Ryan and asked him had he seen the snow and what was it like up his way? I decided I would set off earlier to his to try and account for the terrible traffic that I knew was ahead of me. Not so much because of the snow but because of people who can’t drive in that weather and who haven’t cleared their cars properly and can’t drive properly because of this.

As I thought the traffic was terrible, I had to pull over and ring Ryan and ask him to ring Tayto and see if we could move tours from 10.30am to the 1.30pm one. After over an hours drive, which usually takes 20minutes I finally reached Ryan’s and luckily the staff at Tayto were very helpful and let us change no problem. The snow in Belfast wasn’t too bad, and it then began to rain, which melted away a lot of the rain. So the journey to the factory was thankfully very straight forward and we arrived in about 45 minutes – 1 hour.

When we arrived I was quite surprised. I was expecting to see this big castle in the middle of nowhere or something but it was actually off the main street, behind a couple of big gates with the war memorial in front of it. Ryan had been before and assured me, yes, we were in the right place, and even pointed out this sign.

As we walked through the big gates we caught a glimse of the castle through the trees and seen more of it as we got closer.

For some reason I always thought the factory was in the actual castle, but really it is to the back and side of it, and it’s the offices etc that are in the castle.

As you can see I was pretty excited! In through the arched walkway and into the courtyard we went and found a sign for the reception. The staff were very friendly and welcoming and pointed us in the right direction for the tour. Actually one member of staff was on her way over that way, and brought us over and showed us where to wait for a member of staff and told us to have a wee look around. 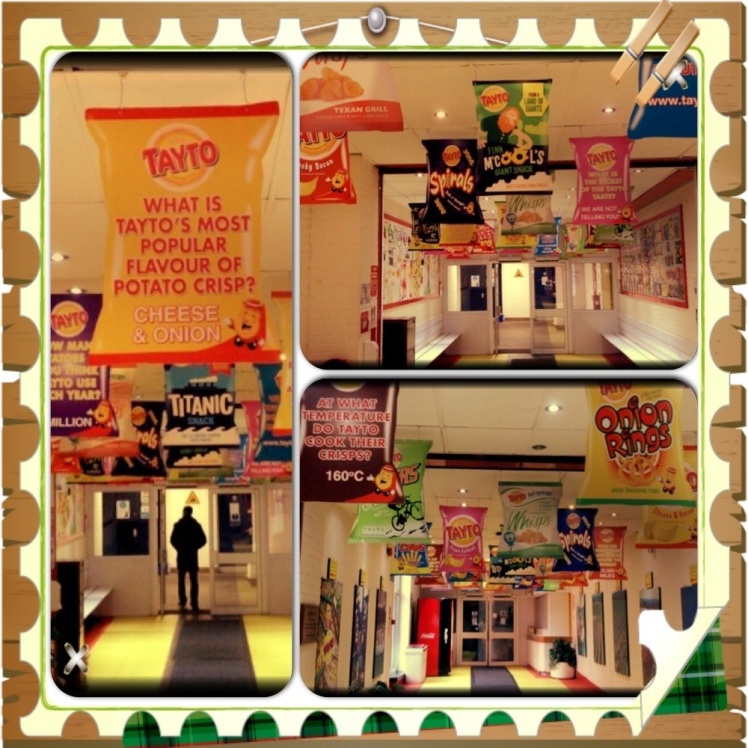 The corridor/hallway was cool, pictures of all the crisps they make hanging down from the roof. Talk about being eye catching! Definitely interesting and full of information as we waited for our tour guide.

A couple of pictures of me in Mr Tayto’s seat, with Ryan and pointing up to my favourite Tayto crisps.

Our tour guide Jill arrived and introduced herself. We had to sign in and sign that we had no medical equipment with us, such as inhalers. She then told us a special guest was on his way. As you can see from the picture above it was Mr Pat Tayto, this was fun, he was very funny and took a bit of a liking to me lol, what could I say a man or should I say potato who had his own castle, made crisps, was rich and had his own helicopter, I wasn’t going to refuse him! 🙂 We of course had to get pictures with him and I loved how Jill had us say “cheese and onion” instead of just the regular ‘cheese’, this most definitely made us laugh!

Just look at this photo of Ryan and I, don’t we look flattering?! I have to warn you girls don’t be making too much of an effort with your hair etc, as you will have to wear a hair net, the flattering blue apron and if you are wearing nail polish, blue gloves. I was so happy though when Ryan had to wear the beard net, I had asked him to shave but he didn’t so ha he had to wear the net the whole time! You also need to remove any watches and jewellery and leave your camera. These are locked away in a safe place.

As I had to leave my camera, I have no pictures of the tour. It was excellent, you get to see where the potatoes are stored, find out where they are sorced, how they are stored, how many they hold, how many they use a year, what kind and how long for. You then find out how they are cleaned, sorted and scrubbed clean. Where they are sliced, how they are prepared and then cooked. We also found out a lot of information on how much they recycle, and that they make crisps for other companies, not just their own. You get to see how and where the corn snacks are made, where the flavouring takes place, the packaging, and the best part as this point is getting to taste the crisps before flavouring and just cooked. We were able to taste the regular crisps and the special hand cooked ones, we got a bowl full, this was great as there was only the two of us on the tour, mind you we only had about a handful each. I have to say I liked the warm, unflavoured hand cooked ones the best. This was then the end of the tour, Jill had been fab, a great laugh, full of information, was able to ask all our questions and showed us all the different varies of crisps they make, not only under the name of Tayto. She went and got us some samples to try and ones she recommended, which I have to say, she has fab taste! Jill recommended the roast ox flavour of the brand Real and Morrison’s sea salt and cracked black pepper hand cooked crisps, both of which were lovely, especially the roast ox. I need to find out where I can buy these over here!!

We came away with lots of different packets of crisps, I think we will be one popular couple with our friends and family! 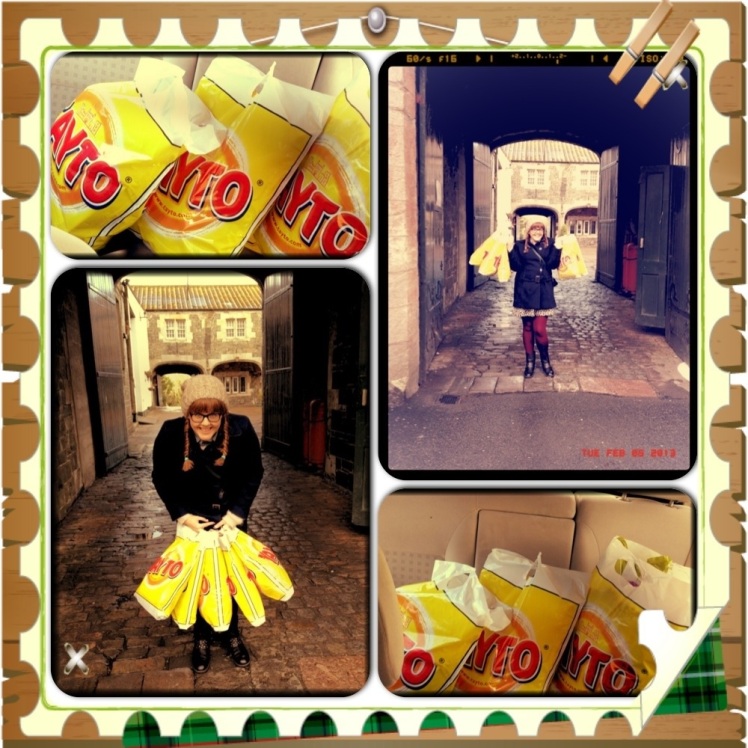