I first discovered her when she entered the Eurovision Song Contest 2012. Her entry, Euphoria, an uplifting dance track teamed with simple staging, swept the scoreboard and she won by quite a margin.

Loreen (or to give her, her full name Lorine Zineb Nora Talhaoui) first appeared on TV in the Swedish Idol series in 2004 where she came 4th overall. Her debut single was a song entitled The Snake with the band Rob’n’Raz and she became a presenter on Swedish station TV400 helping to produce and direct several reality TV shows.

She attempted to represent Sweden initially via the 2011 Melodifestivalen Contest (whereby Sweden choose their Eurovision representative). Her song My Heart Is Refusing Me didn’t win but went on to commercial success in Sweden.

Loreen (pronounced Lo’ren) was born in Stockholm in 1983 to Moroccan parents, hence her unique (not very Swedish) looks.

After winning Eurovision her song went on to become a European and International hit, charting at No1 in Sweden, Austria, Belgium, Denmark, Finland, Germany, Ireland, Norway and Switzerland. It also charted at No2 in The Netherlands and Spain and No3 in the UK (which is practically unheard of for a non-British Eurovision entry). She also has quite a fan following in Australia.

Follow the link for the official music video for Euphoria.

Her debut album, Heal, was officially released on October 22 2012 and has been No1 in Sweden. It has also been a Top 20 hit in Denmark, Finland, Germany, The Netherlands, Norway and Switzerland.

She has released 4 singles from the album.

My Heart Is Refusing Me https://www.youtube.com/watch?v=xPOBdqHWios

Euphoria (see above for link to video)

Crying Out Your Name https://www.youtube.com/watch?v=dI_WZqnZRYM

She also released the title song of the album, Heal with her 2nd official video. https://www.youtube.com/watch?v=_6SNuPflIrE 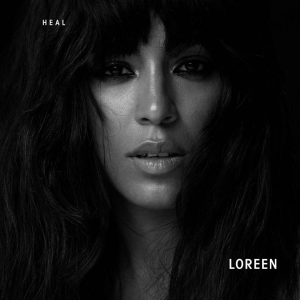 She has also recently released a single entitled Requiem Solution feat. Kleerup and her most recent single and video, We Got The Power.

Loreen is also a political activist alongside her music career. During Eurovision in Azerbaijan she spoke out against the country’s poor human rights record. She also risked imprisonment in Belarus while visiting the wife of a political prisoner to speak out against the death penalty still in use in the country.

This is one of the main reasons I love Loreen, aside from her awesome music of course. A lot of artists proclaim to support certain causes, but Loreen is truly genuine about the things she believes in and is not afraid of bad publicity to speak out when she feels people are being treated unfairly.

Don’t just take my word for it, check out her music. You will find no one else quite like her in today’s music industry. She is truly unique.